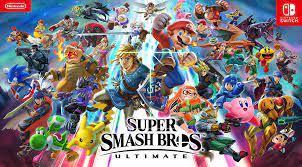 Our Smash Bros. team finished the fall regular season with a perfect 7-0 record, which qualified them for a first-round BYE, along with a coveted spot in the NW Regional Finals.

The team will be travelling to Lourdes University in Sylvania, OH this Sunday, November 21st for the tournament. The first-round of the Smash Bros. tournament is slated to begin at 1:00pm, with Upper Sandusky set to compete at approximately 2:00pm for the semi-finals. If you are interested in watching our team in the tournament (but can't attend in person), the regionals will be live-streamed at:

The state finals will begin immediately after the regional champions are crowned on Sunday. State semi-finals will begin at approximately 4:00pm and will be played online (rather than in-person).

The following Super Smash Bros. Varsity members will be attending AND competing in the regional finals this Sunday: